The first page of the article using my photographs in the magazine.

On October 8, 2016, Hunting Island State park, near Beaufort, SC, and South Carolina’s busiest state park, was hit hard by Hurricane Mathew. Mr. Daniel Gambrell, the park manager,  was able to make his way back into the park to survey the damage a few days later. Beaufort Lifestyle magazine featured him in the July 2017 issue One of my images, below, of Mr. Daniel Gambrell is on the cover of the issue.  We did two photography shoots at park to illustrate a feature story which is about Mr. Gambrell, the aftermath of Hurricane Mathew and how the state park was affected. The article includes many other images that I took during the two sessions, including images I made with my drone.

I have photographed Daniel before and he is never excited about being photographed but he was a good sport with it. And, this is the second time one of my images of him have been on the cover of this magazine. The images below shot Daniel with some of the new fencing around the lighthouse and a bench that is almost covered in sand, which gives a small example of how much sand from the dunes was moved inland. Volunteers are in the process of painting the new fencing, building hundreds of picnic tables and lots other work. The volunteers, many of whom are part of the group Friends of Hunting Island, have put in many hundreds of hours getting the park back in condition to reopen. Click Here to find out more about them! 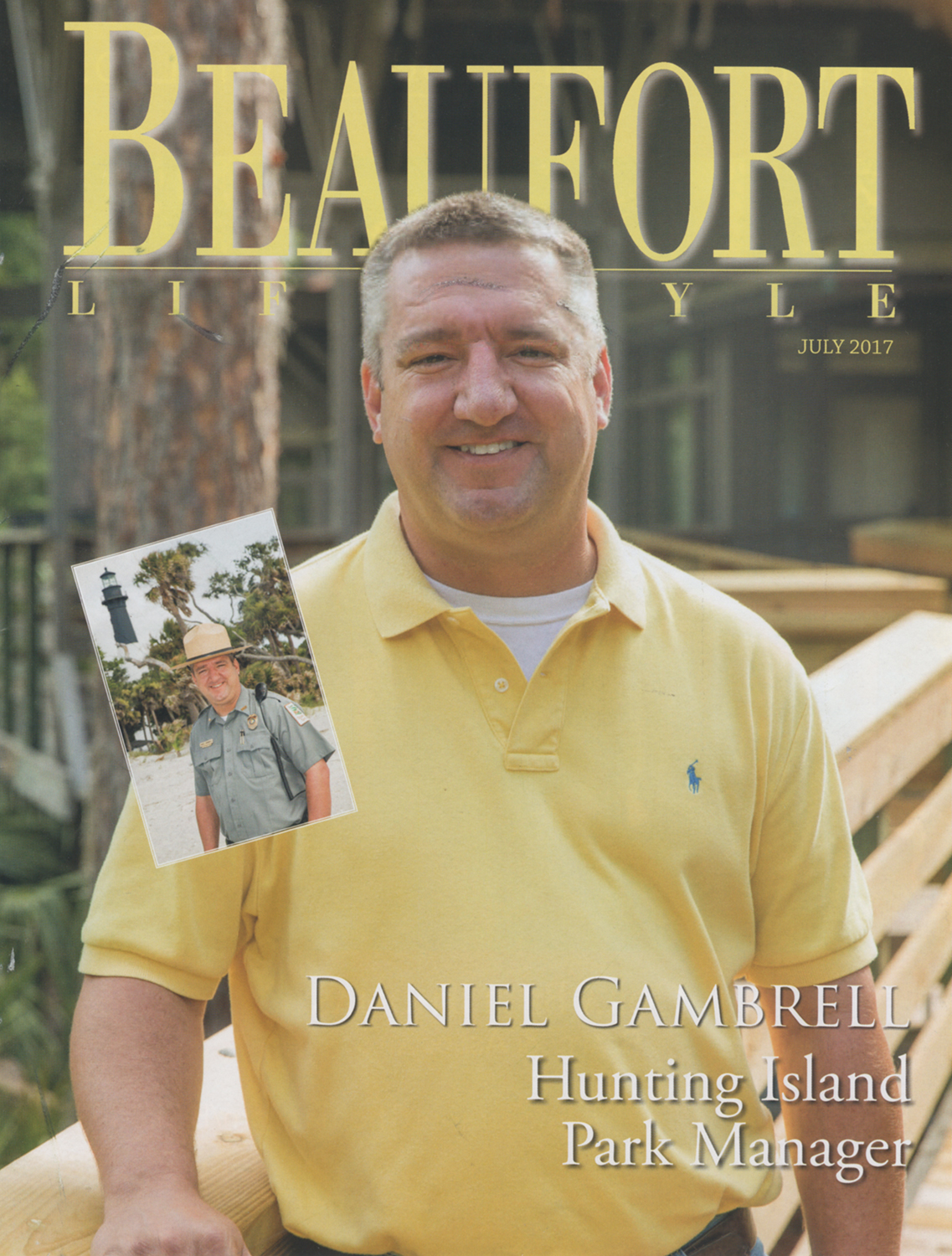 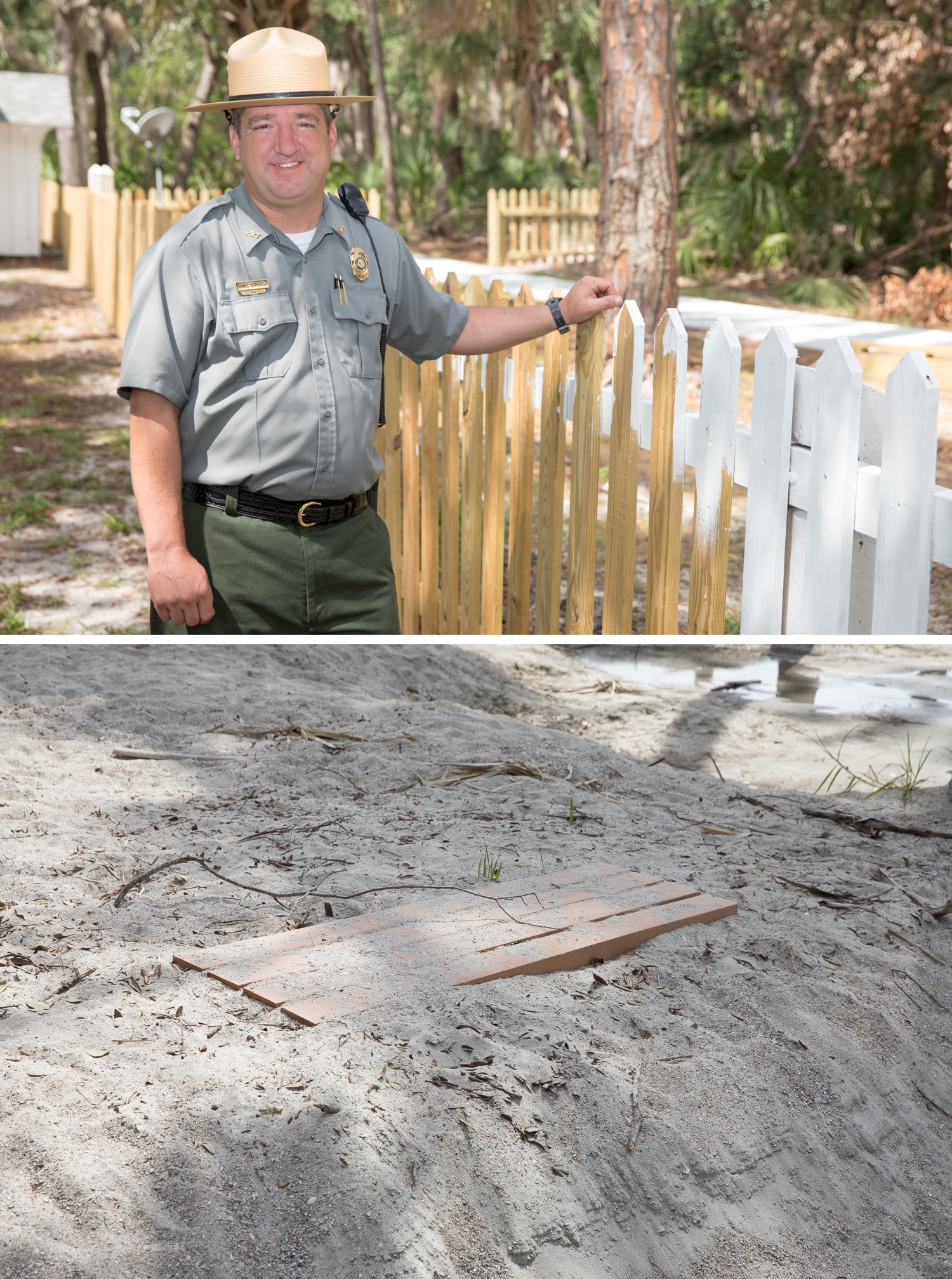 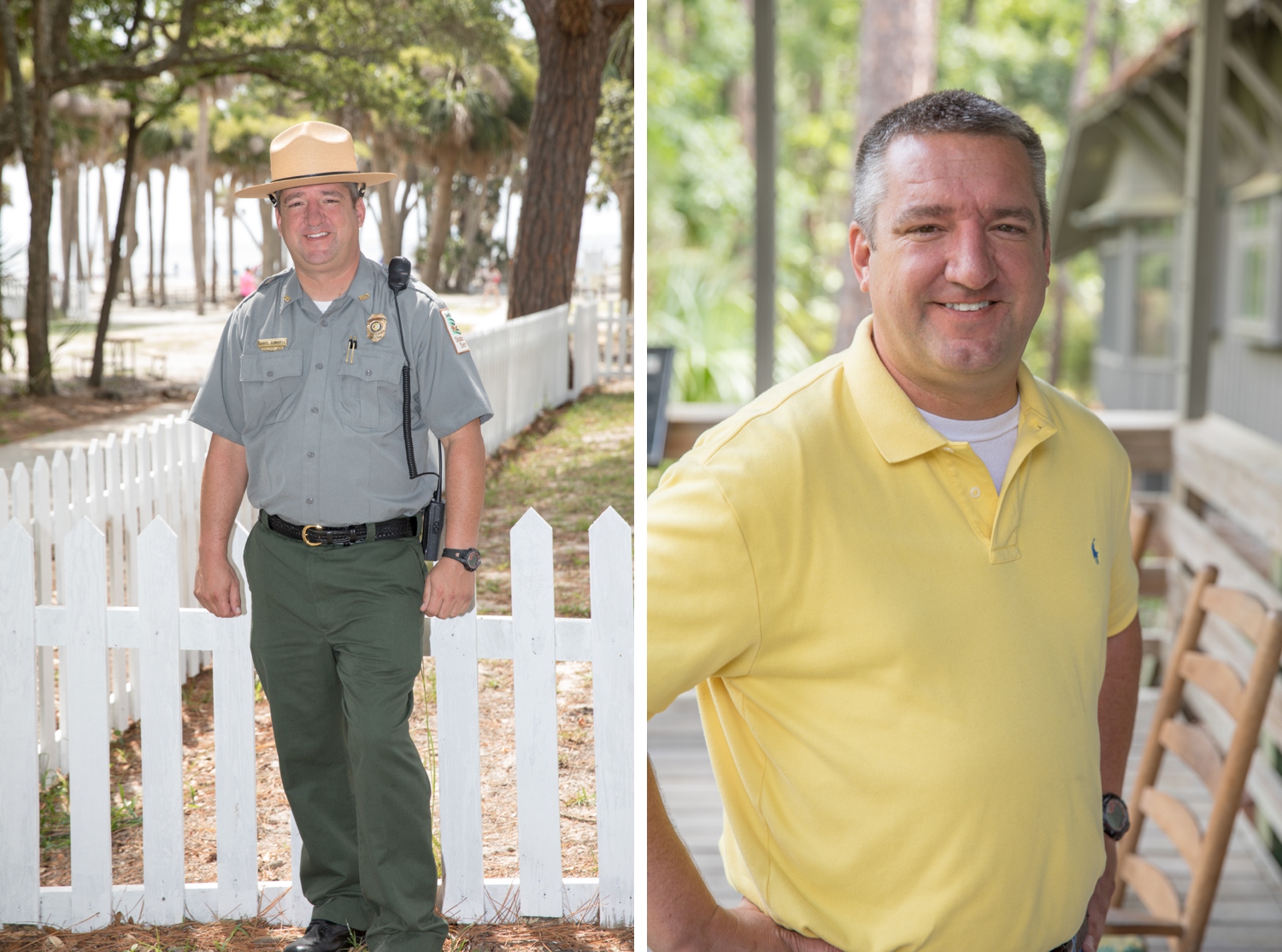 Daniel Gambrell in uniform and in his “regular” clothes.

The aerial photographs below show some of the beauty and damage that Hurricane Matthew brought to the island on October 8, 2016.

The iconic Hunting Island Lighthouse and a morning view looking north along the beach.

Looking south from over the lagoon, the aerial photograph on the left shows a new cut that the Atlantic Ocean made into the lagoon. Before the storm, the beach was continuous to the south end of the island.

To go to the Hunting Island State Park website, click here! To read the article, go to Beaufort Lifestyle Magazine!

To make the images for this article I used my Canon 5D mark IV and several L series lenses, a Canon 580 EX2 flash for a bit of fill light ,and a DJI Phantom 4 Drone. Please don’t hesitate to ask me any questions about this article.